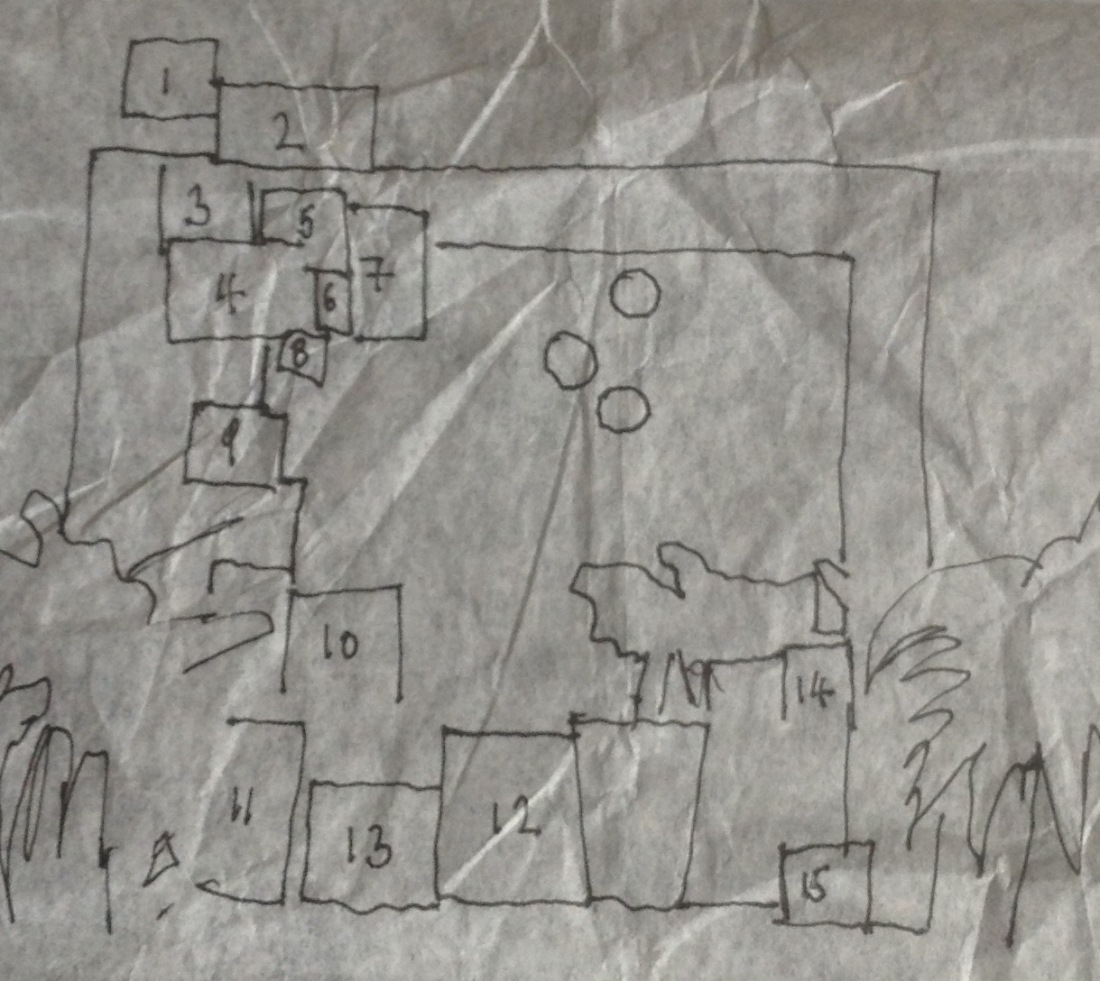 They were sat at a large table papered with plates and balled napkins. The table was adorned in glass and everywhere was dusted with knuckles of crumb. Snapped and unsnapped crackers, penny diamonds among the paper crowns. There was a cliff face of fruit cake, an iced centrepiece. The spaces immediately around them and beyond were becoming empty. The chairs were at odds. Sandra, crooking the back of her own, looking unimpressed with everything unfolding around her, gazed into and through and out of the man seated before her, whose name was Warren, and wondered of another universe, another sun, unfolding.

Warren spoke slowly, all the while carefully, carefully folding a napkin into some other new shape.

“Drinks wise, Jugs was kamikaze. Hell-bent on the deck. We were in Dorchester just Christmas week. I’d come good on a horse, the Bournemouth Runner, Bristol, twenty to one. So, two large G & Ts, bottle of Rioja, white. Then another, the same, but red.

A spot of bait at the Cork and Bottle. Ham and cheese pie with chips. Duck paté. Two glasses of red.

Six glasses of house red at The Bishop. Two bottles of Madeira in The Ropers.

I had half of this list, obviously. Plus two gins here when we got back. At the end of this lunacy, Jugs says, ‘Christ, Warren. I’m pissed.’ Pissed, I says. You’re liquid gold.”

Warren spoke and worked at the paper and Sandra watched the people through him dancing, out in the orchard beneath the tin can lanterns hanging in the pear trees. She decided suddenly that she would quite like to take up hula again. She imagined the hoop, ringing her hips, her belly. She remembered exhilaration.  Within its wheel she had once believed, with practice, that she could somehow propel herself beyond, beyond the reach of this orbit.

They were dancing to an ever popular tune. The singer, her voice like a small yellow bird’s, was wondering, would someone would be her baby. The dancers sashayed and swooned and feigned on the darkening orchard lawn and, in their moonshine faces, she found many that she recognised, but only in some loose and vague sense, understood.

He was saying something now about an exhibition he’d seen. That tomorrow he would dig out his paints. He handed her a paper bird and headed to the bar.