Home late last night from London. The train was slow, but I don’t know or remember the reason given. I was exhausted from the journey, from the solid shape of work. I unpacked a bag and repacked it with different stuff.

I downloaded my boarding pass, prompting the usual airport/ air travel nerves to kick in: have I checked-in properly? Have I packed everything? Have I set the alarm correctly? (the clocks, adding further fret to the late hour, drop back into Daylight Saving at some point tonight). I boil a kettle and, while the tea brews, begin to learn German in preparation for my holiday.

At midnight the phone rings. It is Pippa S calling from the old days. She says that she has just got home from a lovely evening at The Oval in East Croydon and relays a funny anecdote about being approached by a shadowy figure in the beer garden. “Hello, Pippa,”  he says. Being Pippa she recognises him instantly despite it being almost twenty years since she’d seen him, but she remembers only his old nickname and greets him thus, “Heil, Dead Hitler!” He fingers his fringe and says, “I prefer James these days, actually.”

James used to run the other indie, new and used, record shop in Croydon, Shake Some Action. He lived above the shop on Crown Hill and kept dreadful hours. If you wanted to purchase the new Belle & Sebastian album, the last Weird War album, the latest K release on a seven, then you headed for Shake Some Action and, finding it closed, you took a handful of road grit and hurled it toward the cracked and curtained first floor window. Dollface tells it that it took him so long to rouse James and pick up the reissue CD of Jane From Occupied Europe, that both Epic Soundtracks and Nikki Sudden had died. However, Dollface will be late to his own funeral, so…

It couldn’t carry on and inevitably Shake Some Action ceased trading and James got to have a super, undisturbed lie-in for a couple of years. Actually, this may have been around the time of Nikki Sudden’s death, but, unlike Dollface, I can’t lay the blame squarely at that particular door. With Shake Some Action defunct obviously Beanos became again what it was formerly known as, The Largest Second-hand Independent Record Shop…Anywhere! Or, at least in the Croydon area. 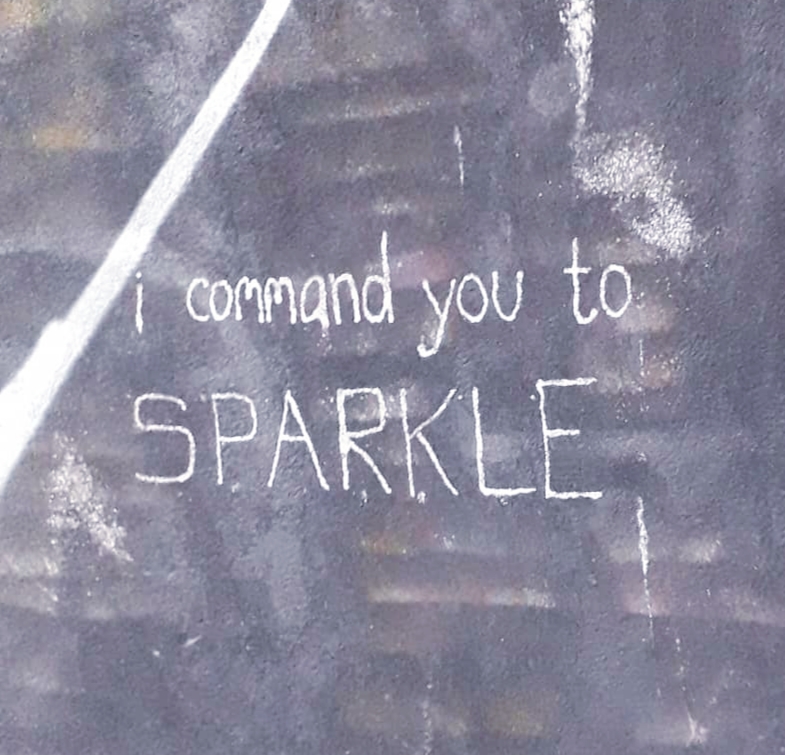 I ran into James at a Comet Gain gig some years later. I think it was at The Prince Albert in Brighton. When I asked what he was up to he told me that he was doing film extra work. Now, we’ve all heard this schtick before and to be fair I was a little surprised that he was trying this on me, but I swallowed it and asked what he’d been in lately. “Oh, I’ve just finished some work for the BBC,” he says. “A programme about the fall of Berlin.”

“Oh,” I say. “What were you, a German soldier or something?” He drops his smile, sweeps his hair to one side, lays a finger beneath his nose and says, “No. I was dead Hitler. It was a short job, but well paid.”

Well, that was always going to stick.

I awake with the alarm, exhausted and panicked. I shower, shave, dress, check everything again, repack and leave the house and take a taxi to the airport.

Sat in the first floor window of a lounge with a paper cup of tea (and wooden stick), day-old chocolate brioche, November’s MOJO. I’m trying to figure out if it’s lighter or darker than the last 180 odd 7am’s. The jets taxi the tarmac, drawing long shadows. Let It Bleed was released fifty years ago. Mick Taylor is asked if Altamont signalled the end of the sixties. Rather amusingly he replies, “Well, it was December 1969, so, er, like, yeah, I suppose so.” I look at how young, how fresh, he appears at that time stood next to the other, already battle-hardened, Stones. And then I shudder at the thought of what the next few years in their company did to those looks. Good old Nick B tells a beer table anecdote sometimes about the time he ran into M. Taylor in the Spanish bar in Tottenham Court Road around 2010. “‘e ‘ad an ‘ole in the side of ‘is face.”

The strange anxiety of airports. I suppose that everyone, bar the most regular air travellers, must feel the same or something similar. The confusion of the security check-in, the nerves, the emptying of pockets, the removal of belt. The gut-churning and almost overwhelming sense of some kind of guilt… why? The CCTV presence is so palpable that I begin to walk in an unusual manner.

Sat in the lounge in the low apricity, stirring a cup of tea with a stick, looking around at fellow travellers, all of us pasty and enshrined in a sheen of awful, glass-like, pounding pop music. Outside the window, the grass is pale from jet fumes and the tarmac shimmers sickly in the sun.

It is surprising, isn’t it. The take-off. The runway speed, though quite exhilarating, never seems to be enough to actually gain the sky. But it is. The crew demonstrate the crash procedure and the voice over the speaker system informs us ‘that although you may charge small electronic devices while in flight (which can’t be right  – surely we’re just sapping the plane’s energy?). But, please unplug immediately if you smell burning or see smoke.’

After a change over at Schipol and the next short jaunt over Europe, the Captain recalls the crew to their seats and we descend into Berlin. From the window I see the TV Tower and as we bank and the city opens up I’m sure that I recognise one of the bridges over the railway tracks from last year when I walked from Kreuzberg into Schöenberg. Perhaps, I think, I can see Crellestrasse and maybe Hauptstrasse, but it is gone. The  pretty residential districts pass below – yellow and brown and beige and pale blue. The streets are lined with similarly coloured trees. The sky is a soft pigeon grey. We land at Tegel.